Strong restocker prices for Hereford females have helped ease the pain for drought-affected farmers in Queensland.

The Nixon family, of Drillham, were forced to sell off their commercial herd and retain only core seedstock breeders as the drought worsens.

The family sold four decks or 64 cows, three to eight years, with calves, aged to four months, this week for $1925 to a commercial producer at Injune.

A portion of the seedstock herd has been sent on agistment to the NSW New England.

Mr Nixon said rainfalls of 19-37mm across the family’s holdings on the weekend came too late for the cattle.

“This was the last of our straight Herefords but we our plan is to restock with steers and heifers once the season turns around,’’ he said.

“We are back to 650 cows in total – the sale was negotiated by our agent Will Loudon, Grant Daniel Long, Dalby.

“We have harvested a sorghum crop and are running 220 cows on the stubble, trying to utilise that as much as we can to carry them through.

“The drought is widespread across the state but patchy in places.’’

Mr Nixon said the strong restocker market had eased the pain of destocking.

“We are happy with the prices received – although steers are holding, prices have dropped across the board in the last few weeks due to lack of numbers.’’

Mr Nixon said inquiries for polled and horned bulls had been received from livestock agents on behalf of crossbred herds in the Charleville and Taroom regions despite the drought. 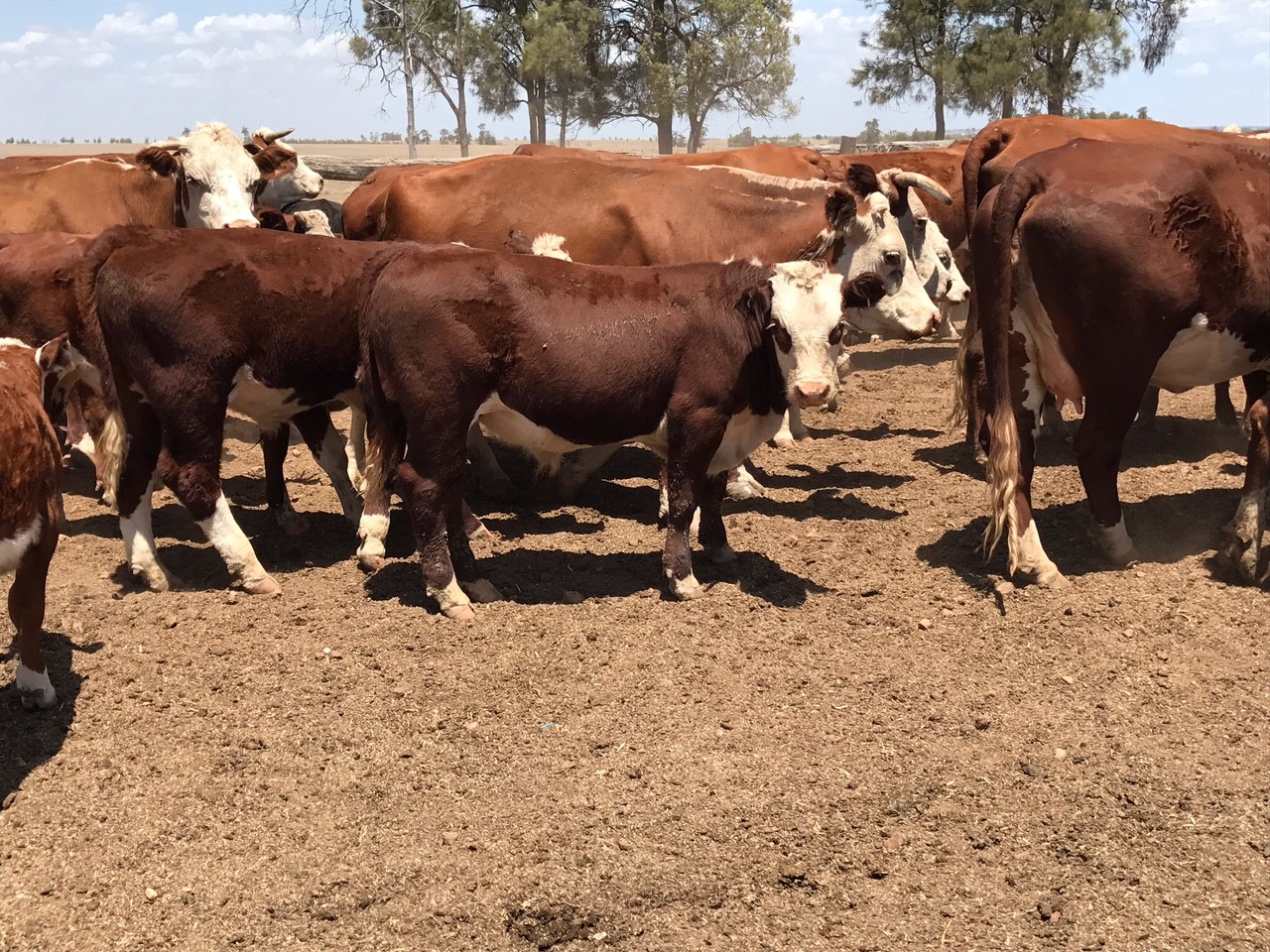 The Nixon family have destocked their commercial herd due to the widespread drought
in Queensland.