It was the first time a purebred Hereford steer had won the championship in nine years and the first competitive steer entry for Mr Olgivie.

As the principal of Te-Angie Poll Herefords, Wongwibinda, NSW, he runs 1000 commercial cows, finishing progeny on lucerne and grazing crops to feeder weights.

After moving his stud from South Australia to the New England, Mr Ogilvie decided to take up showing purebred steers at this year’s Tenterfield, Glen Innes, Guyra and Walcha shows to help lift the stud’s profile.

The champion steer was 17 months old, weighed 640kg and had been finished on dryland lucerne testing at 38 per cent protein.

Mr Ogilvie buys in more than 1000 Hereford and Hereford cross cattle from preferred suppliers and saleyards at 180-200kg liveweight and finishes them on forage crops to feedlot entry weights.

“I like the Herefords as the other breeds don’t do the weight for age,’’ he said.

“We have put in 400ha of triticale, turnips, ryegrass and feed rape to finish the cattle on.

“Once the cattle are finished they go into Whyalla and other private feedlots, or some are backgrounded to kill weights.’’

“I like Herefords for their docility, doability and fertility – they tick all the boxes when it comes to easy management and profit.’’

He sells up to 100 European Union accredited females, either PTIC or calved, each year.

Mr Ogilvie said commercial Hereford and Hereford cross females were in demand as recipients for their docility and fertility. 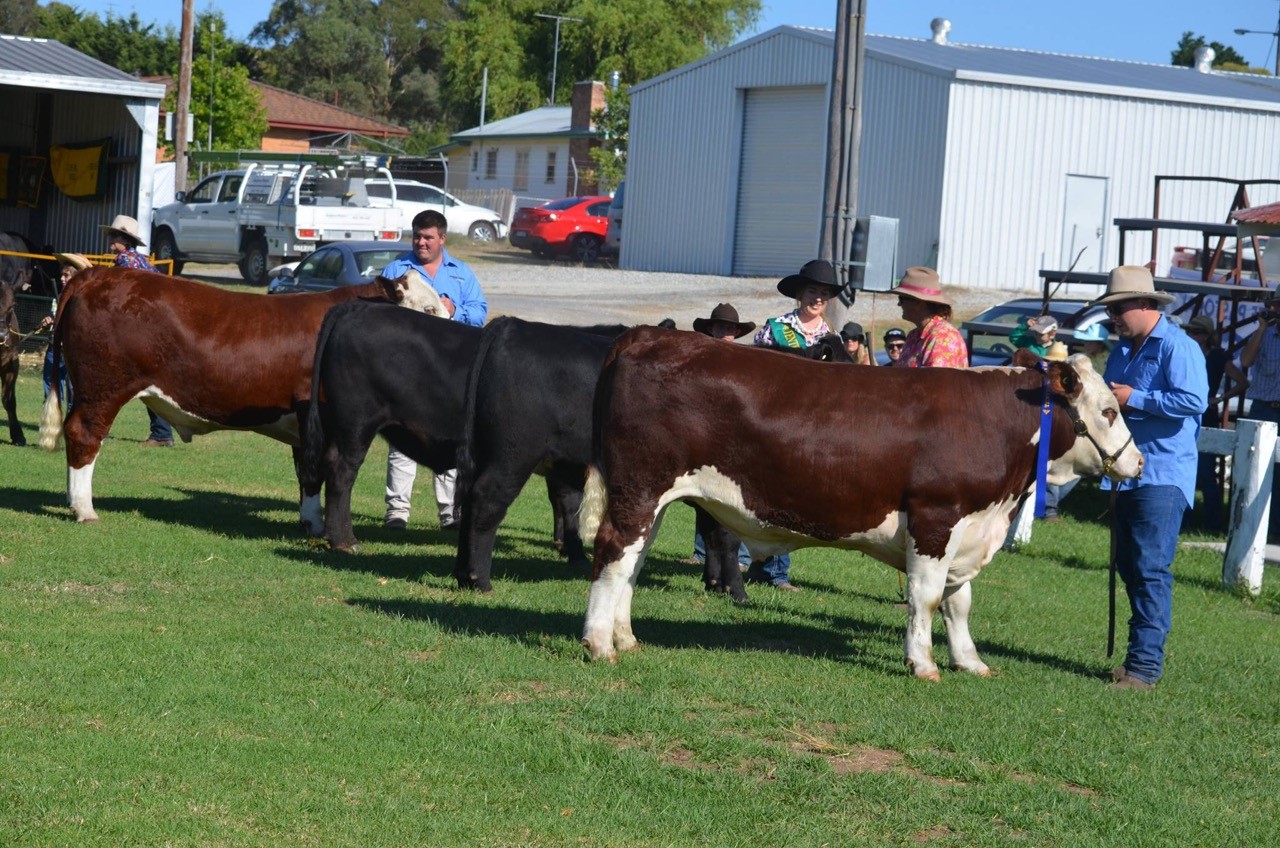