We sadly report the passing of AHS Past President and Life Member, Clive McEachern, Ardno Herefords, Inverleigh, Victoria. Clive passed away on Sunday, November 6 after a brief illness.

The Ardno Stud was registered in 1935 by Clive’s father Ralph and became widely recognised as one of the finest female herds in Australia. During the 60’s through to the 80’s when the show ring was the dominant means of benchmarking and promotion, Ardno exhibited a combined total of 25 Grand Champions at Melbourne and Sydney Royal Shows and was the source of foundation females for many successful Hereford studs. The stud’s 56th and final annual production sale was held in 2015.

Clive’s passion for the Hereford breed and the Hereford Organisation was unsurpassed. He served as a director on the Board of the AHS from 1978 to 1987 and again from 1992 to 2003 including 4 years as Chairman from 1999 to 2003. His life will be celebrated at a public service to be held on Wednesday, November 16 at Inverleigh Cemetery commencing at 10.30am then at his home “Wingiel”, 1281 Wingeel Road (off Hamilton Highway), Wingeel Vic. Members and friends are invited to attend. 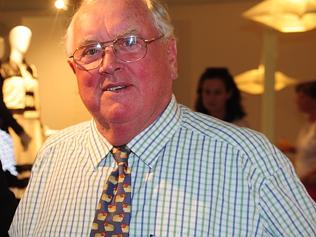