It was a Days day as the South Australian stud scooped the broad ribbon pool at the Herefords Australia Dubbo National Show and Sale, winning grand champion bull.

Fleetwood weighed 938kg, scanned at 24mm on the rump, 15mm on the rib, had an eye muscle area of 130sqcm and a scrotal circumference of 41cm.

The National show classes were held at the Dubbo showground on June 6.

Over judge Tim Bayliss, Armidale, NSW, and associate judge, Ben Crowley, Barraba, NSW, couldn’t go past the bull the minute he stepped out in the intermediate class.

“It is here we are starting to really have the phenotype, muscle expression, and ability to breed on which the Hereford is famous for,’’ Mr Bayliss said.

“The type, maturity pattern and muscle expression is absolutely spot on in this bull.

“He has a good front end, lovely angle in the shoulder, heaps of depth, hip to pin and presents really well.’’

Fleetwood had BREEDPLAN figures of +5.6kg for birthweight, +92kg for 600 day weight, +4.6sqcm for eye muscle area, and +1.2 per cent for intramuscular fat.

An Allendale Waterhouse D1 son, Days Executive K168, was sashed as the reserve intermediate champion and reserve champion in the supermarket index performance class for the Day family.

The powerful July 2014 drop bull weighed 1024kg, scanned with an eye muscle of 138sqcm and a scrotal circumference of 44cm.

The September 2014 drop bull was sired by Tycolah Gold Rush and out of Merawah Minerva B24.

King of Kings weighed 850kg and scanned with an eye muscle area of 124sqcm.

Reserve junior champion also went to the Warragundi stable with Warragundi Krueger, an October 2014 drop son of Cascade Elite E38 and out of Keswick Benama A090.

Scanning with the biggest eye muscle area in the shed at 144sqcm, Allendale Washington K5 was sashed as the senior champion bull.

Exhibited by Alastair Day, Allendale Poll Herefords, Bordertown, SA, the bull weighed 1040kg, had a scrotal circumference of 42cm and scanned at 19mm on the rump and 13mm on the rib.

Kerlson Pines Poll Herefords, Keith, SA, backed up their 2014 win in the prestigious Presidents Shield, for a group of three bulls. In second place was the Warragundi team.

The National Show was kicked off by the European Union Index performance class judged by Ben Davies, Wodonga, Vic.

The Day family exhibited Days Wizard K7, a son of Days Calibre G74, to the championship, with a BREEDPLAN EU Index of +118.

Performance class judging was based on 40 points for conformation, 30 points on the BREEDPLAN index, and 30 points for market suitability. 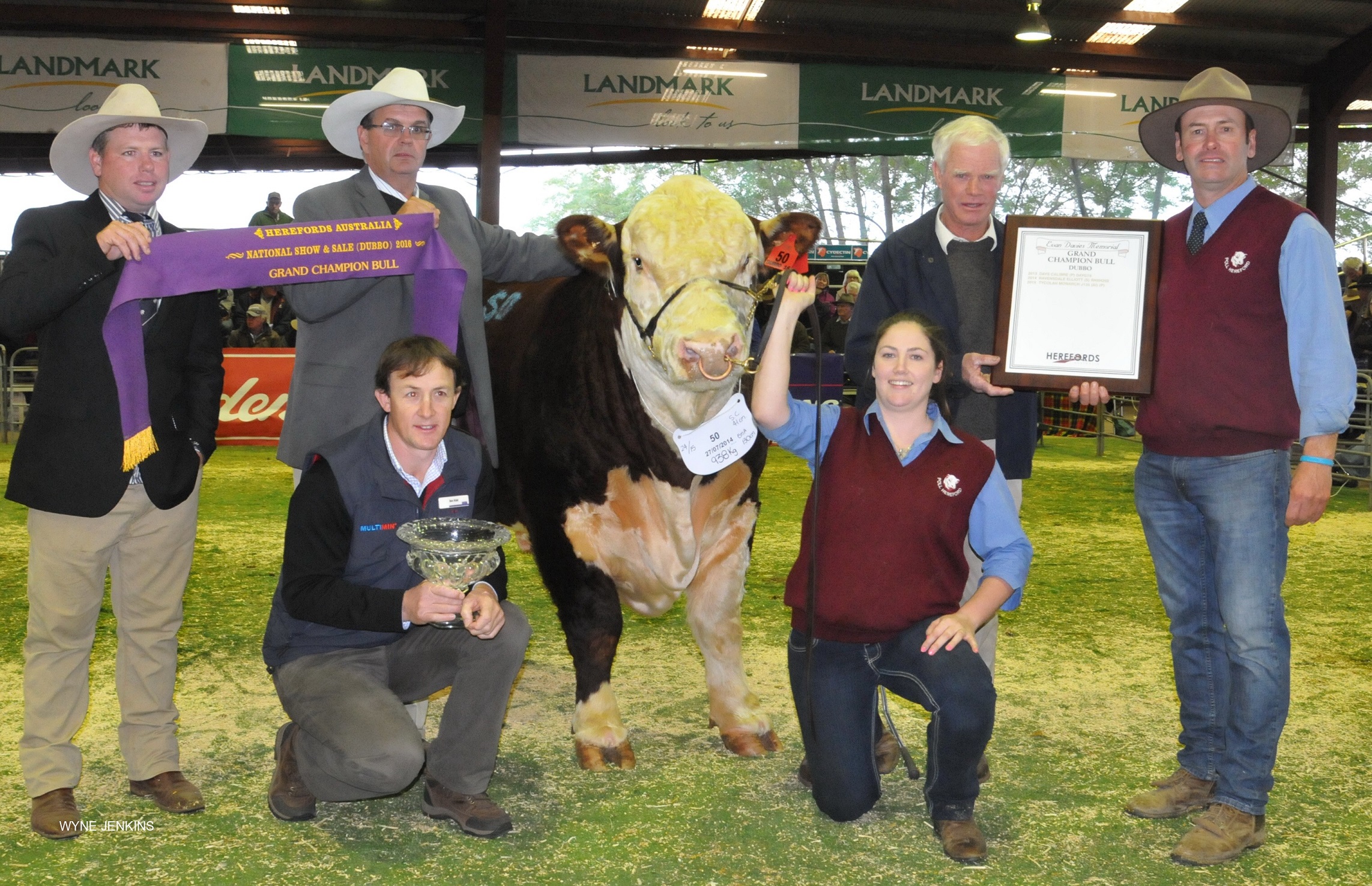 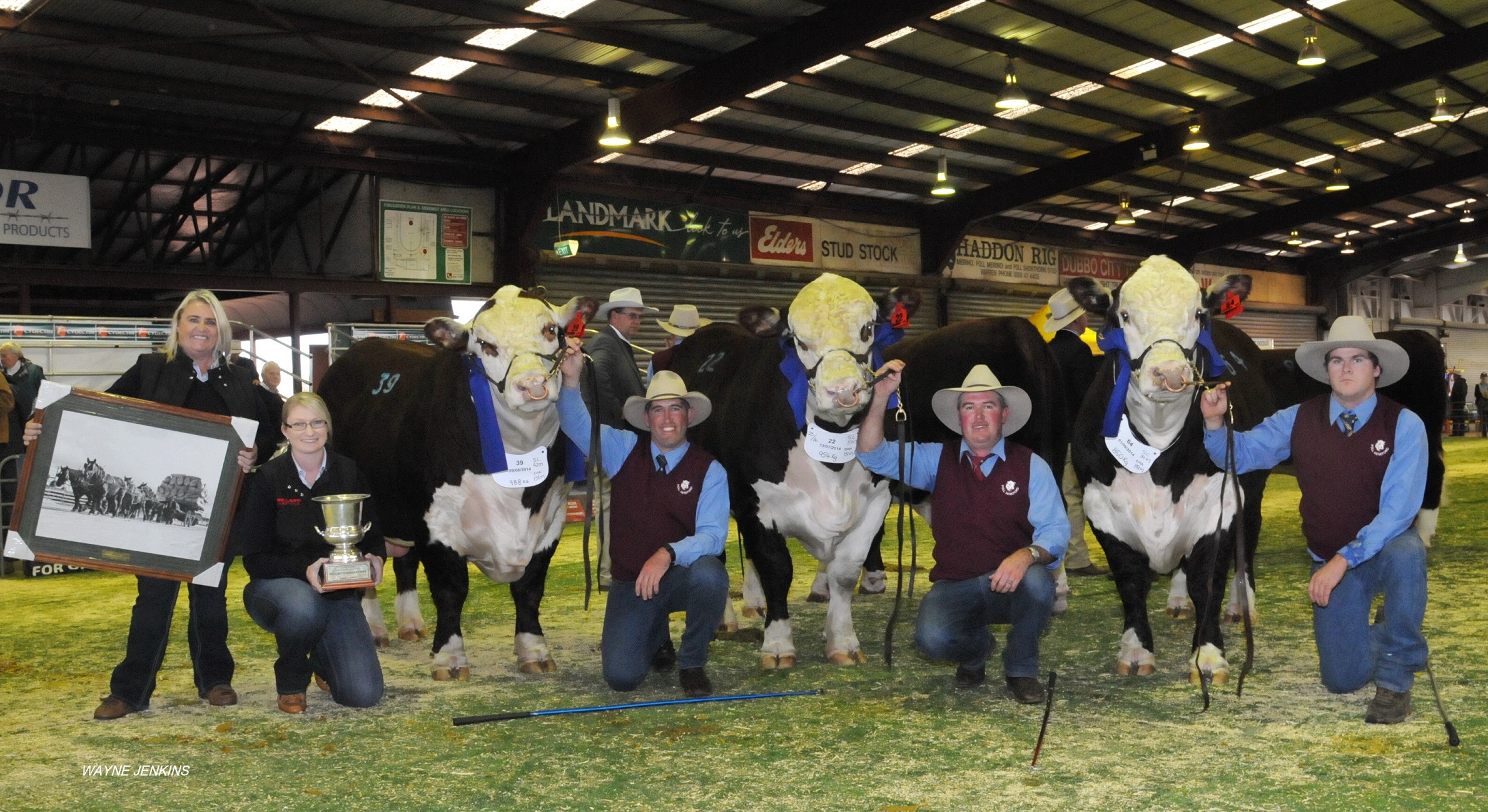 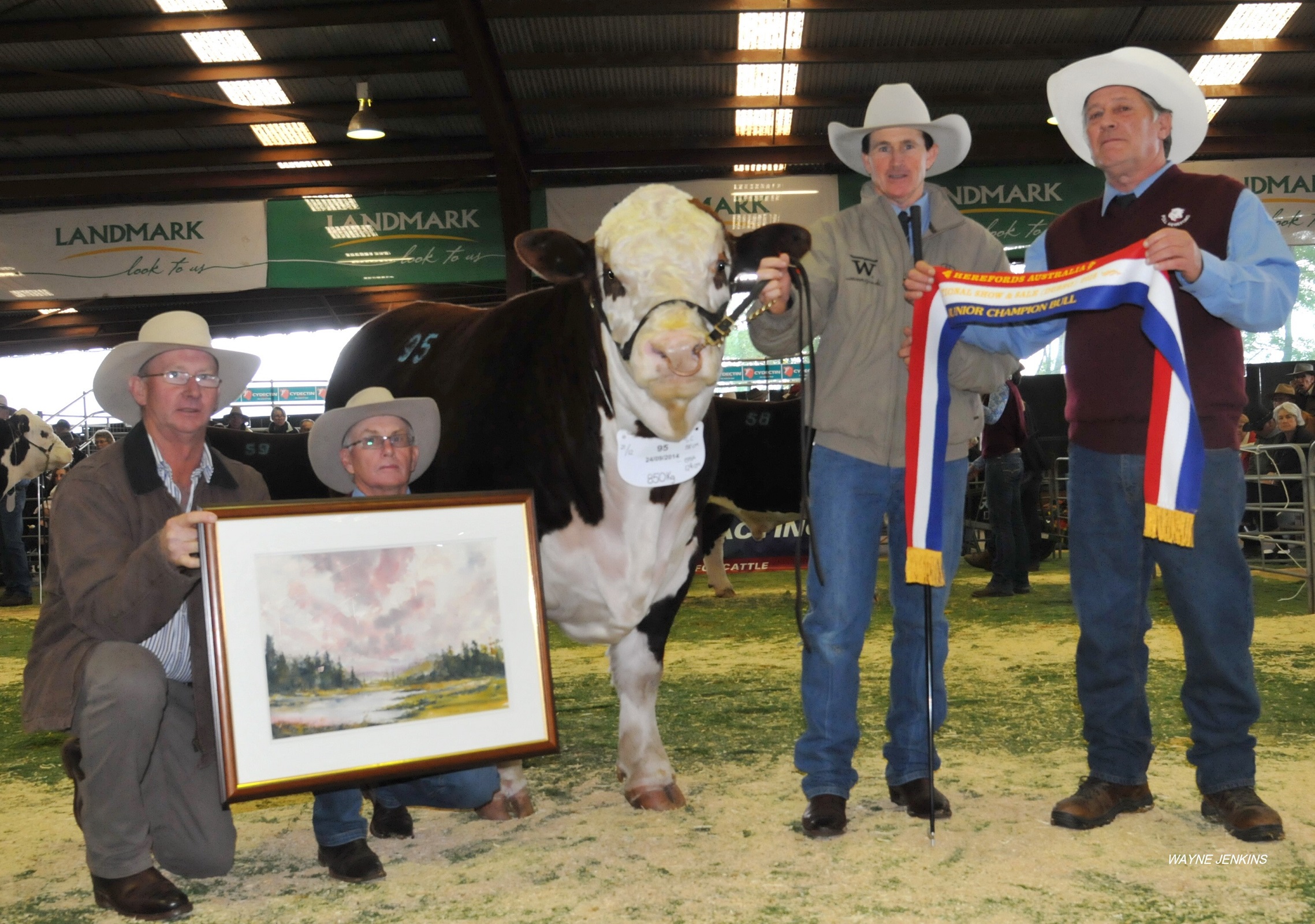 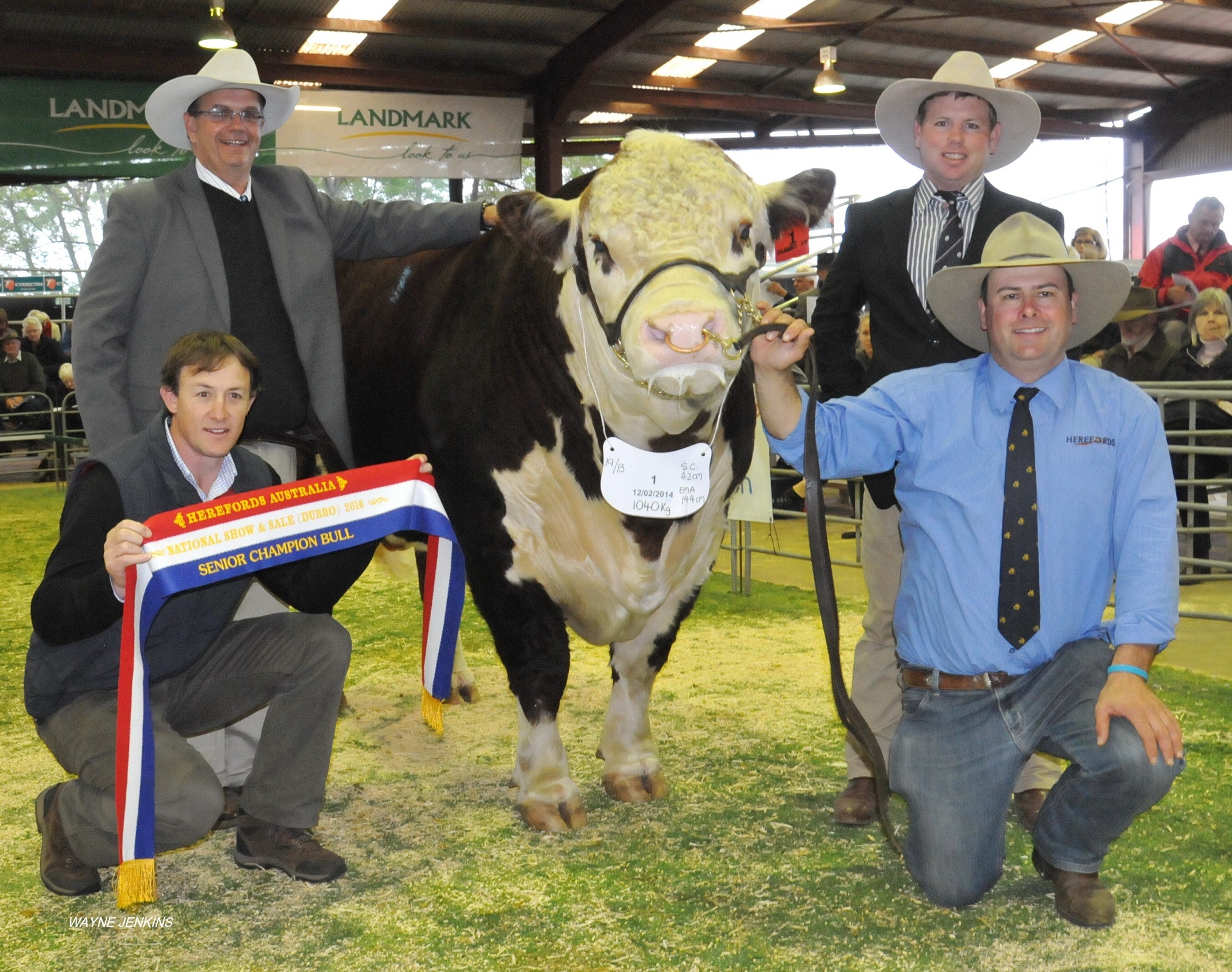