All broad ribbons for the 2017 Royal Brisbane Show have found their way to Northern NSW at the end of Hereford judging last Friday.

Judge Erin Waters, Andtravern Herefords in Lancefield Vic, had her work cut out for her as 71 exhibits were paraded for her careful consideration.

Ahead of their annual bull sale next week, Thornleigh Herefords, Ben and Annabelle Monie, Little Plain NSW, dominated in the bull side of the competition.

Thornleigh Legume L371 (S) was selected as both the senior and grand champion bull on the day. Mrs. Waters thought very highly of the 22 month old Wirruna Gular G285 son, describing him as “a very complete, structurally correct bull through his feet, legs, and undercarriage”.

“He displays that natural thickness down his topline and hindquarter. He has great skin and hair and is a real stud sire,” Mrs. Waters added.

It was something like a fairy tale story in the female competition, when Neville Farrawell, Bonnie Brae Hereford Stud, Tamworth NSW was awarded grand champion female in his 65th year as an exhibitor at the Ekka with Bonnie Brae Lioness K02.

Judge Waters described Lioness as “a functional moderate framed cow with plenty of volume and capacity, with a great udder and calf at foot”. 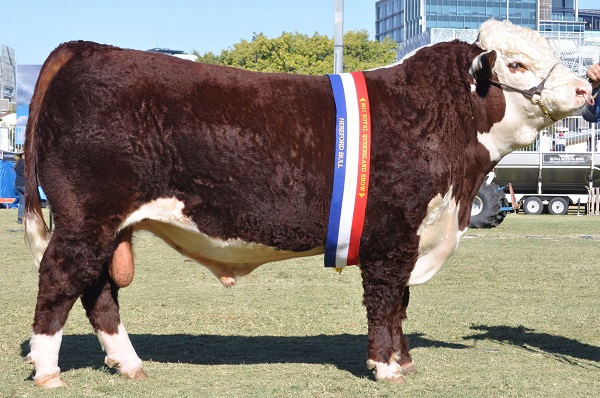 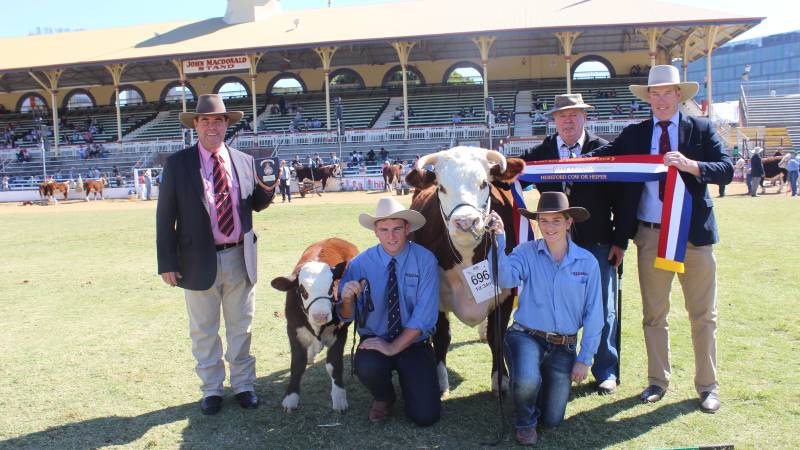 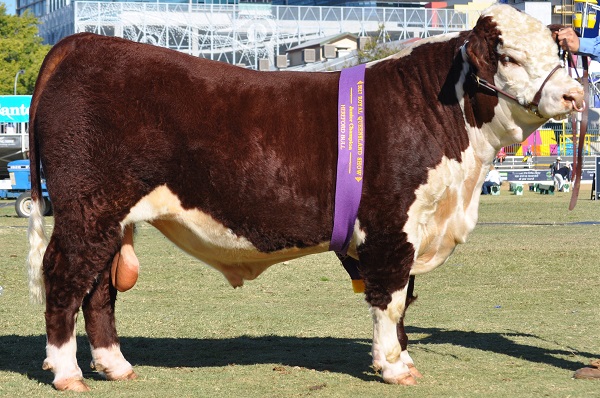 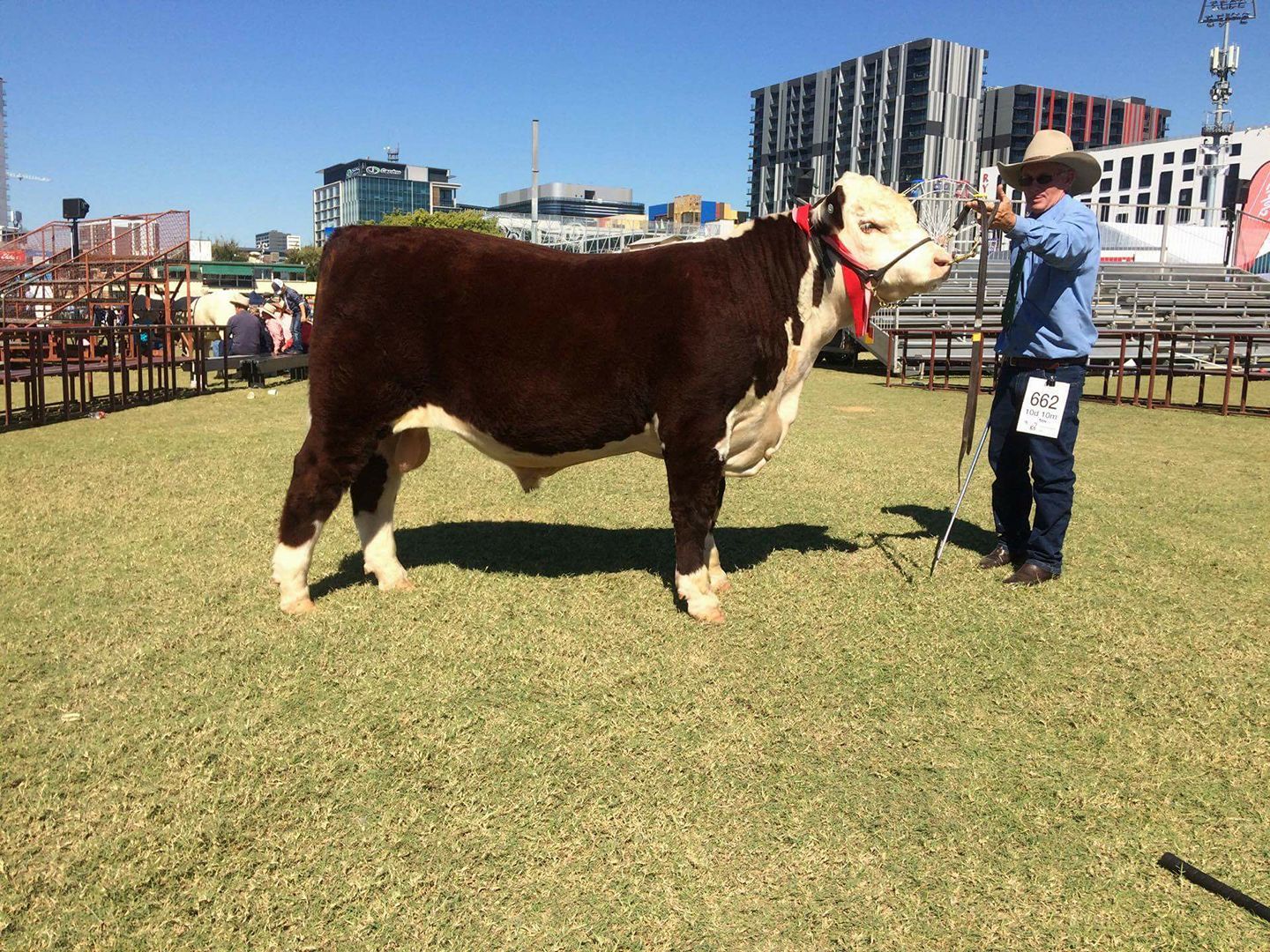