FULFILLING the “pinnacle” of the family’s Poll Hereford history, Grathlyn Landmark L048 took out the junior and grand championships of the 56th Dubbo Poll Hereford National at Dubbo today.Grathlyn co-principal, Max Rayner, Hargraves, said the award was “humbling” as some of the best of the breed were exhibited by all breeders at this event.

“This award is the pinnacle of anything to do with Poll Herefords,” he said.

The stud was established in 1972 with the purchase of an unjoined heifer from Bundemar stud under the direction of the late John McDonald of McDonald Stockmasters.

“He said to buy a heifer by Burragorang Bartholomew and she was a “Chance” heifer from a Herbert Park cow by Vern Verecker,” Mr Rayner said.

“Eighty-five per cent of the cows in the Grathlyn herd are “Chance” related.

”Landmark L048 is by Yavenvale Humdinger H472 and from Grathlyn Chance H32 (TW) (P) by Valma Odyssey and weighed 922 kilograms at rising 21 months with an eye muscle area (EMA) of 129 square centimetres and 40cm scrotal circumference and Lot 15 in tomorrow’s sale.Judge, Roger Evans, Tamworth, said he began scanning bulls at the Dubbo fixture in 1997 and if there was a bull with an EMA of 110cm it was very good.

“Now there are 900-plus kilogram young bulls with 120s to 130s and still have good fat coverage, so there has been a vast improvement,” he said. 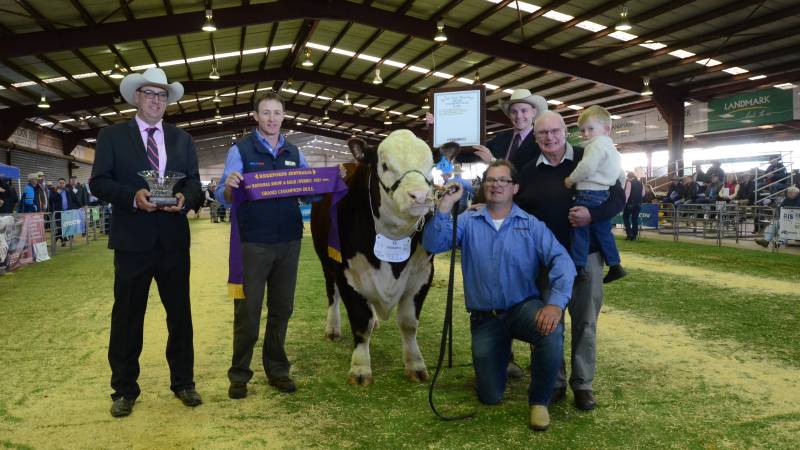