Judge Steve Crowley, Tycolah Poll Herefords, Cobbadah, said Lassoo was a standout bull with an excellent length of spine, length of body and was beautifully laid in the shoulder. “This is the type of bull that will put carcase in your cattle herd,” Mr Crowley said.

The 26-month-old Limited Edition weighed 1024kg, measured an EMA of 139sq cm and a scrotal circumference of 43cm.Mr Crowley said the bull had a massive EMA and terrific fat cover. “I liked his front, I like his spine and he’s got the EMA to go with it,” he said.

Mr Crowley praised the young bull for his overall style and balance.

“He has terrific length of neck and spine, a Hereford that could go anywhere in Australia and do a great job,” Mr Crowley said.

This was the first year that Wodonga integrated Hereford and Poll Hereford judging. 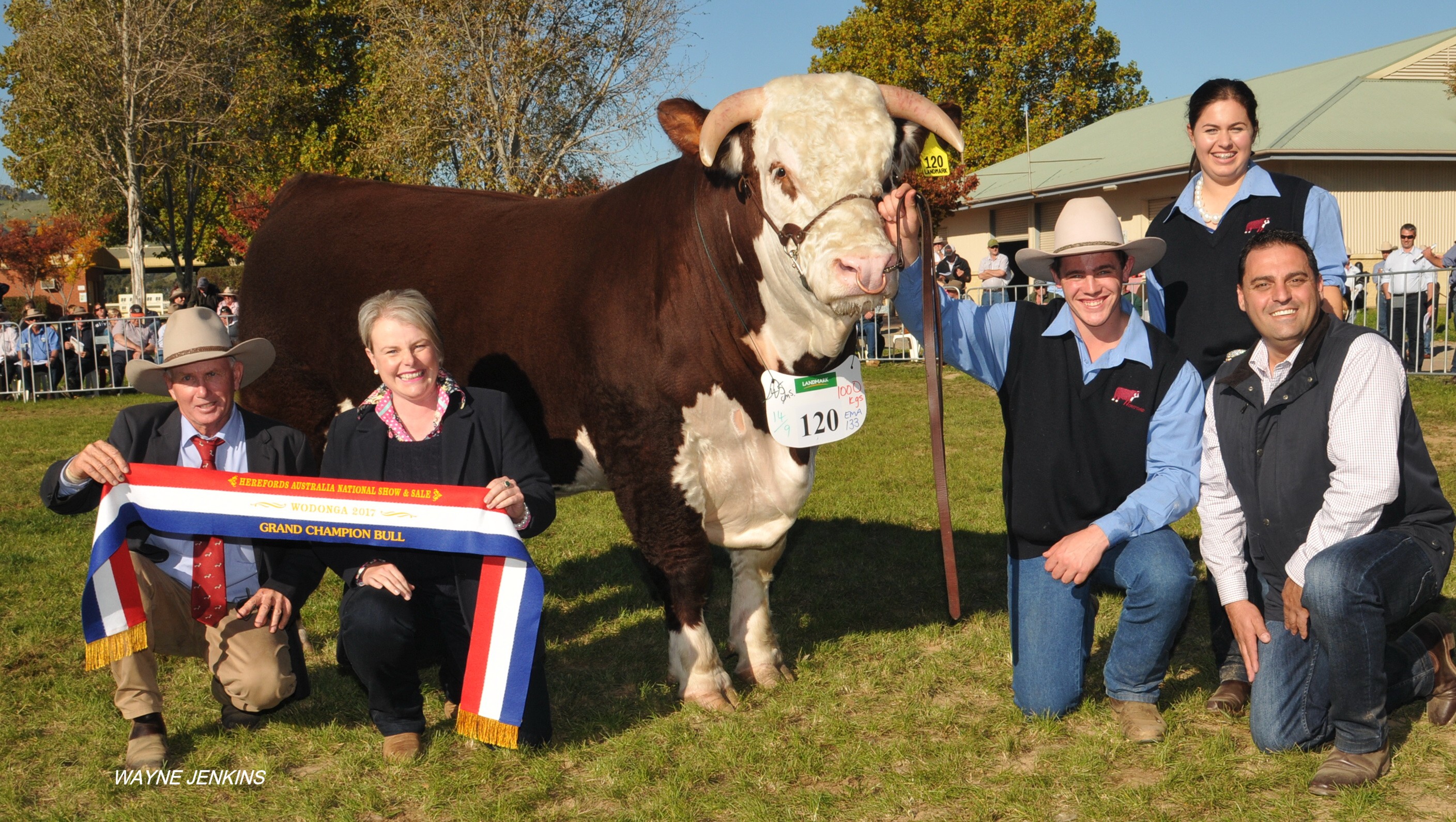